A
Amalgam – Material made from mercury and other alloy mixtures used to restore a drilled portion of a tooth.
Anesthesia – Medications used to relieve pain.
Anterior teeth – Front teeth. Also called incisors and cuspids.
Arch – The upper or lower jaw.
back to top

B
Baby bottle tooth decay – Caused by sugary substances in breast milk and some juices, which combine with saliva to form pools inside the baby’s mouth.
Bicuspids -Back teeth used for chewing.
Bitewings – X-rays that help a dentist diagnose cavities.
Bonding – Application of tooth-colored resin materials to the surface of the teeth.
Bridge – A fixed or removable appliance that replaces lost teeth.
Bruxism – Teeth grinding.
back to top

C
Calculus – A sticky substance (also called tartar) that has hardened.
Canal – The narrow chamber inside the tooth’s root.
Canines – Also called cuspids.
Canker sore – One that occurs on the delicate tissues inside your mouth. A canker sore is usually light-colored at its base and can have a red exterior border.
Caries – Another term for decay, which causes cavities.
Cold sore – Usually occurs on the outside of the mouth, usually on or near the nose or lips. A cold sore is contagious because it is caused by the herpes simplex virus, and it is usually painful and filled with fluid.
Composite filling – Tooth colored restorations, also known as resin fillings.
Composite resin – A tooth-colored resin combined with silica or porcelain and used as a restoration material.
Contouring – The process of reshaping teeth.
Crown – An artificial cover that is placed on the top of a tooth following restoration.
Cusps – The pointed parts on top of the back teeth’s chewing surface.
Cuspids – Front teeth that typically have a protruding edge.
back to top

D
Dentin – The tooth layer underneath the enamel.
Denture – A removable set of teeth.
back to top

E
Endodontics – A form of dentistry that addresses problems affecting the tooth’s root or nerve.
back to top

F
Fluoride – A naturally occurring substance added to water, toothpastes and some rinses and used for strengthening the tooth’s enamel.
Fluorosis – A harmless over-exposure to fluoride and resulting sometimes in tooth discoloration.
back to top

G
Gingiva – Another word for gum tissue.
Gingivitis – A minor disease of the gums caused by plaque.
Gum disease – An infection of the gum tissues. Also called periodontal disease.
back to top

I
Impacted teeth – A condition in which a tooth fails to erupt or only partially erupts.
Implant – A permanent appliance used to replace a missing tooth.
Incisor – Front teeth with cutting edges; located in the center or on the sides near the front.
Inlay – An artificial filling made of various materials, including porcelain, resin, or gold.
back to top

L
Laminate veneer – A shell that is bonded to the enamel of a front tooth. The shell is usually thin and made from porcelain resin.
Laser – Light amplification by stimulated emission of radiation. A single wavelength beam of highly concentrated energy.
back to top

M
Malocclusion – Bad bite relationship.
Mandible – The lower jaw.
Maxilla – The upper jaw.
Molar – Usually the largest teeth, near the rear of the mouth. Molars have large chewing surfaces.
back to top

N
Neuromuscular Dentistry – are more than the aches and pains felt in around the neck and head that are associated with your teeth and jaw.

O
Onlay – A filling designed to protect the chewing surface of a tooth.
Orthodontics – A field of dentistry that deals with tooth and jaw alignment.
Overdenture – A non-fixed dental appliance applied to a small number of natural teeth or implants.
back to top

P
Palate – Roof of the mouth.
Partial denture – A removable appliance that replaces teeth. Also called a bridge.
Pedodontics – A field of dentistry that deals with children’s teeth.
Perio pocket – An opening formed by receding gums.
Periodontal disease – Infection of the gum tissues. Also called gum disease.
Periodontist – A dentist who treats diseases of the gums.
Permanent teeth – The teeth that erupt after primary teeth. Also called adult teeth.
Plaque – A sticky, colorless substance that covers the teeth after sleep or periods between brushing.
Posterior teeth – The bicuspids and molars. Also called the back teeth.
Primary teeth – A person’s first set of teeth. Also called baby teeth or temporary teeth.
Prophylaxis – The act of cleaning the teeth.
Prosthodontics – The field of dentistry that deals with artificial dental appliances.
Pulp – The inner tissues of the tooth containing blood, nerves and connective tissue.
back to top

R
Receding gum – A condition in which the gums separate from the tooth, allowing bacteria and other substances to attack the tooth’s enamel and surrounding bone.
Resin filling – An artificial filling used to restore teeth. Also called a composite filling.
Root canal – A procedure in which a tooth’s nerve is removed and an inner canal cleansed and later filled.
Root planing – Scraping or cleansing of teeth to remove heavy buildup of tartar below the gum line.
back to top

S
Sealant – A synthetic material placed on the tooth’s surface that protects the enamel and chewing surfaces.
back to top

T
TMJ – Temporomandibular joint disorder. Health problems related to the jaw joint just in front of the ear.
Tarter – A hardened substance (also called calculus) that sticks to the tooth’s surface.
back to top

V
Veneer – A laminate applied or bonded to the tooth.
back to top

W
Whitening – A process that employs special bleaching agents for restoring the color of teeth.
Wisdom tooth – Third set of molars that erupt last in adolescence.
back to top 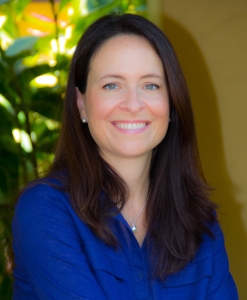 Don’t have dental insurance? No problem! We are pleased to offer our patients access to dental financing through Sunshine State Credit.

Your smile is one of your greatest assets. Let us help you light up a room with your smile with any of our Cosmetic Dental services.

From routine cleanings and fillings to bruxism devices, our Coral Springs Dental office is equipped to handle all of your dental needs.